Ask any commercial fisherman their most important piece of electronics and their Furuno Sonar will be the first thing to cross their lips. Whether you are looking for hard to find individual tuna, schools of sardines, collision avoidance or a host of other uses, a Furuno Sonar is the single best solution for your needs.

Furuno's award-winning Sonars are used in commercial fishing operations around the globe and can been seen catching fish on both working fisheries boats and sport fishing battlewagons. When looking for a sonar to make you more efficient and productive, there is only one choice. Demand the best, demand Furuno! 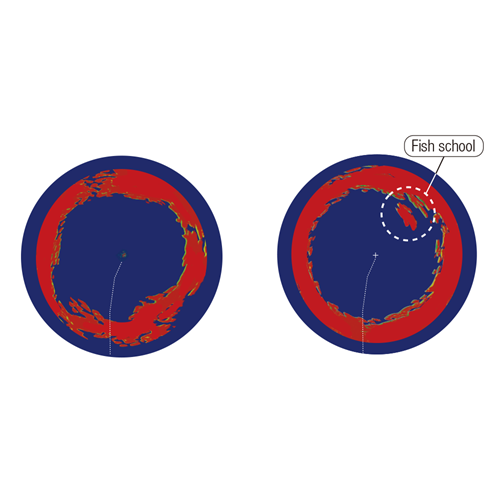 What is a sonar?

Sonar is a device for finding objects underwater using sound waves. For the purpose of fishing, sonar is defined as a device that can search both horizontally and vertically while a fish finder can search only vertically underneath the own ship.

To locate fish schools, Sonar shows a radar-like image of the surroundings of the ship. This image stretches from left to right and back and forth, showing the distribution and density of fish schools if present.

Purse seiners and trawlers worldwide rely on Sonar on a daily basis to get their catch. 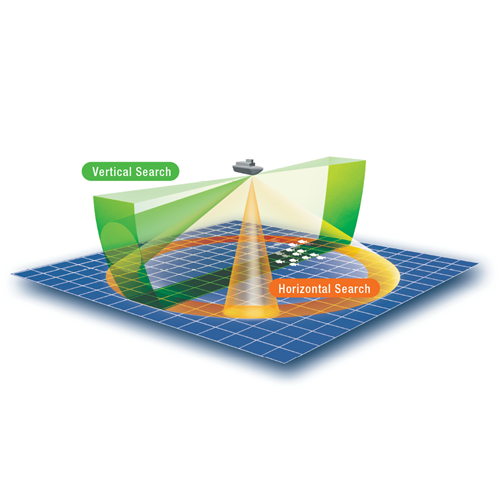 There are two types of Sonar: Searchlight Sonar and Scanning Sonar.

Searchlight Sonar works by transmitting a single ultrasonic beam that is 6 degrees wide. The Sonar will then rotate a further 6 degrees and repeat the process. In this way, Searchlight Sonar can search a wide area sequentially. High frequency ultrasonic waves take a comparatively long time travelling through the water, and this can limit the search speed. Due to the narrow beam transmitted, sometimes the Sonar will not display the surroundings properly while the boat is in motion. 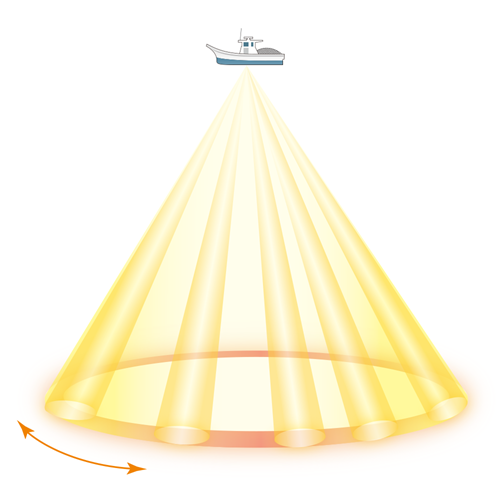 The principles of a Searchlight Sonar 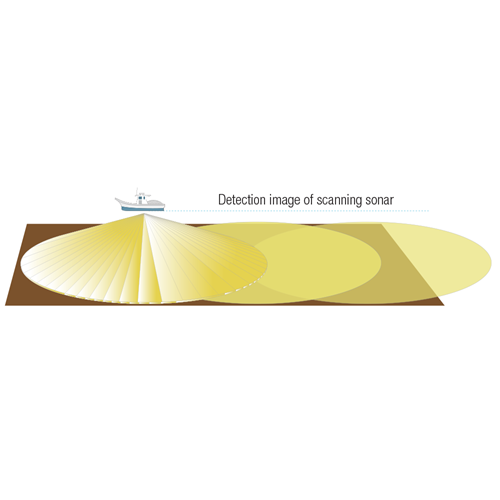 Scanning Sonar can search 360 degrees around the vessel in an instant. Due to the wide beam, no dead zones (zones that will not get displayed properly due to narrow beam width) will appear in the horizontal direction. Since the Scanning Sonar searches 360 degrees around the ship, the same fish school can be identified multiple times. Based on the information received by the Sonar it is also possible to estimate where the fish school is heading, and at what speed.

Scanning Sonar can display information "full circle" at 360 degrees, or "semi-circle" at 180 degrees at a time.

Sector scanning has a scan area of 90 degrees or 45 degrees at a time. Sector scanning works much like Searchlight Sonar, except that the beam width is much wider. 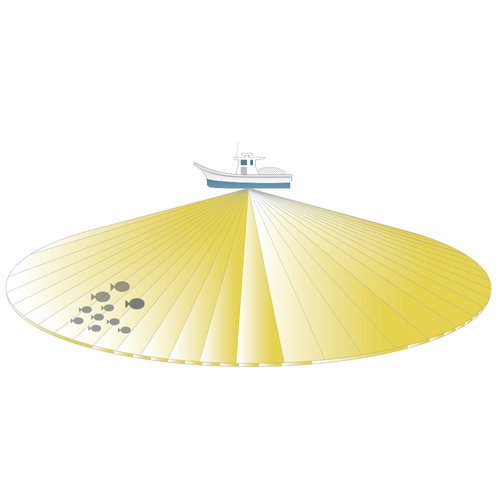 The principles of a Scanning Sonar

The transducer on a Scanning Sonar consists of roughly 1000 oscillators. These oscillators are arrayed in vertical and horizontal grids so that searches can be made in any direction. All of these oscillators operate simultaneously, alternating between transmitting ultrasonic waves and receiving returning echoes from the seabed. Since the oscillators are placed in a solid array it is possible to determine both the distance and direction to the fish schools found below in the water.

The way the Scanning Sonar determines the direction of the returning echoes is by having the array of oscillators timer controlled to turn on and off sequentially.

For more information about sonars visit our basics of sonar page.

What Furuno dealers are saying about the CSH8L MK2 Omni Sonar

It's a game-changer. The biggest advantage of the CSH8L MK2 is how quickly it paints. You're not just looking at the water column, but you are actively hunting individual fish. If you're fishing against one of these boats who have this machine and you don't, you have a very serious disadvantage. They have one up on you. Todd T. - AME