The Largest High-Speed Ferry In The U.S. Chooses Furuno For Navigation Electronics

The 720-passenger vessel was delivered to her home terminal in New Jersey with many upgrades from earlier designs in the Seastreak fleet, including a comprehensive suite of Furuno electronics

Camas, WA - Delivered in December, Seastreak Courageous, the largest capacity high-speed ferry in the U.S., is guided by quality Furuno marine electronics. Built by Midship Marine in Harvey, LA, the 720-passenger vessel was delivered to her home terminal in New Jersey. Courageous boasts many upgrades from earlier designs in the Seastreak fleet including a comprehensive suite of Furuno electronics, meticulously installed by Michael Matta and his team at GMT/Mackay, ensuring passengers arrive at their destinations safely. 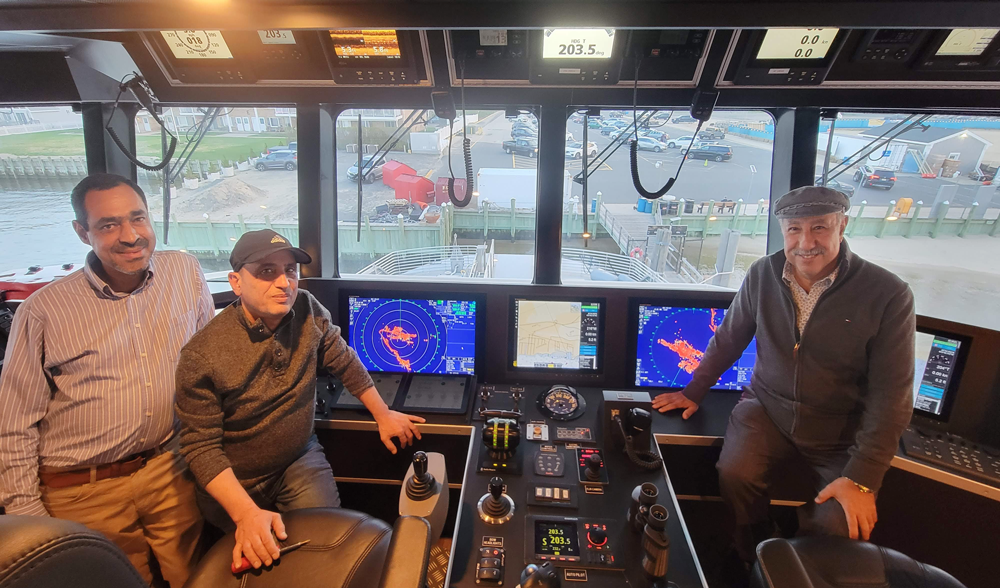 Twin FAR2228 Radars spin proudly atop the 141' vessel, connected to dual 27" MU270W monitors at the helm. Everything about Furuno's award-winning FAR22x8 series makes the operation and service of the electronics more manageable than ever. The intuitive and powerful new interface makes operation a breeze. Features such as ACE (Automatic Clutter Elimination) and FTT (Fast Target Tracking) provide the ultimate in situational awareness for the crew. The aerodynamic design of the Radar's gearbox and antenna reduces drag, increasing reliability, and Furuno's new transmitter design makes servicing the Radar easier than ever. 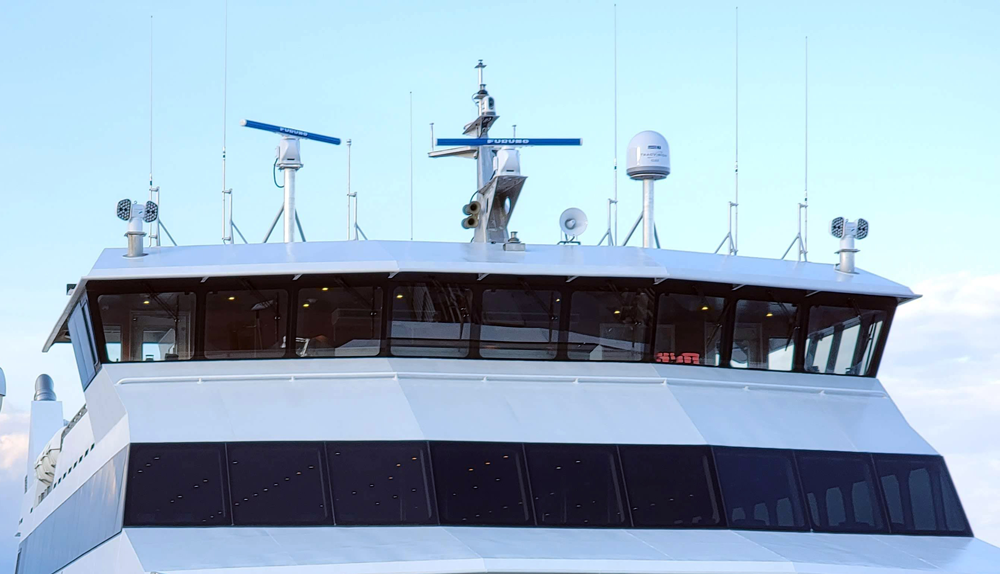 The Furuno FA170 Class "A" AIS Transponder reveals other AIS-equipped vessels, AIS-SARTs (Search and Rescue Transponder), coastal stations, and other aids to navigation, enhancing the collision avoidance capabilities of the Courageous. The 8.4" FE800 Navigation Echo Sounder ensures the crew is always aware of the depth, helping to optimize the safety of her passengers and crew. Also installed are multiple 8.4" RD50 remote displays, four on the bridge and two in the wings, showing 3-axis speed, heading, and depth. Multiple FM4800 VHF Radiotelephones also adorn the bridge and both wings.

"It is a showcase vessel if there ever was one," said Bill Haynes, Deep Sea Product Manager for Furuno USA. "GMT/Mackay and Midship Marine really knocked this one out of the park for Seastreak. We could not be happier to be the electronics provider for Courageous. Everything about her is immaculate in every sense of the word. Seastreak has raised the bar for passenger vessels around the country."

Courageous has begun her service out of the Seastreak terminal at Highlands, NJ. For more information on the Furuno Marine Electronics aboard this remarkable vessel, click here to see the walkthrough video on YouTube, or visit them on the web at www.FurunoUSA.com.